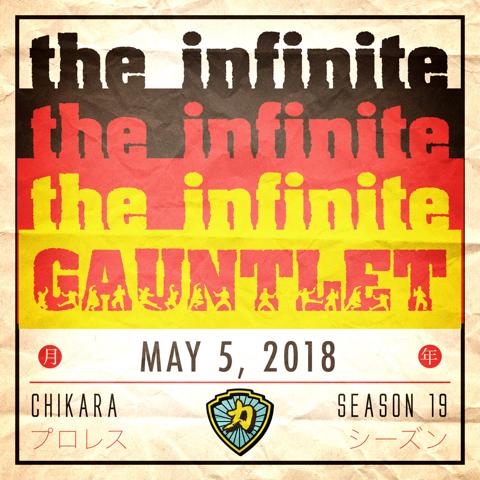 The Infinite Gauntlet is a massive battle royale that sees 33 competitors enter the ring, each 88 seconds apart! They fight until just one is left in the ring, and that wrestler captures a "Golden Opportunity"! Past winners of the Infinite Gauntlet include Hallowicked (Season 16), Dasher Hatfield (Season 17) and Solo Darling (Season 18.) Who will leave the Poconos with those coveted three coins and a Golden Opportunity? In addition to the giant main event bout, former WWE superstar Mr. Anderson makes his CHIKARA debut, squaring off against Mr. Touchdown. PLUS: Mike Quackenbush returns to active duty, and he locks up with an old rival, in Arik Cannon. The handiwork of Professor Nicodemus is on display, as the Troll returns from his "enhancement therapy," and points are in play as four tag teams collide in an elimination match!