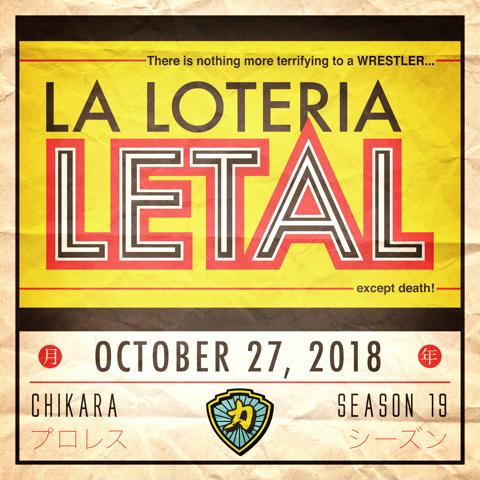 Tag team partners will be drawn at random for this incredible one-night tournament! Last featured in Season 7, La Lotería Letal will see 16 competitors divided up into 8 randomly-selected duos, all fighting through three rounds of tournament action to capture a shot at Los Campeonatos de Parejas! Plus, three non-tournament bouts fill out the card, including a defense of the Young Lions Cup! Sloan Caprice looks to etch his name in the history books by becoming the first person to ever simultaneously hold 2 titles in CHIKARA, while Green Ant and Volgar do battle in a complete size mismatch!