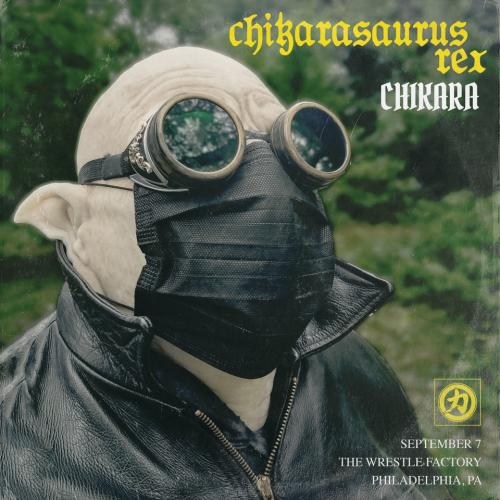 Summer’s extinction is marked by the thunderous arrival of “Chikarasaurus Rex!” Filled to the brim with grudge matches galore, the animosity between the tecnicos and rudos is undeniable! The tortured artiste, BLANK, seeks to erase Penelope Ford from our canvas, while Hallowicked is on a mission to derail Missile Assault Man’s championship ambitions. Our end-of-summer spectacular features the return of the “Rapscallion” - Mick Moretti leaves behind his native Australia for his bid to wear the big gold title belt. He is set to challenge the defending champ, the nigh-unstoppable Dasher Hatfield, in the featured bout! “Chikarasaurus Rex” serves up king-sized challenges for more than one member of the Hatfield family, though. In the size mis-match of the century, Dasher’s son, Boomer, takes the fight to the monstrous Volgar…can he overcome the 100 pound weight difference and score a major upset inside the squared circle? Featured here is the final CHIKARA appearance of Joey Janela, wrestling's resident "Bad Boy"!