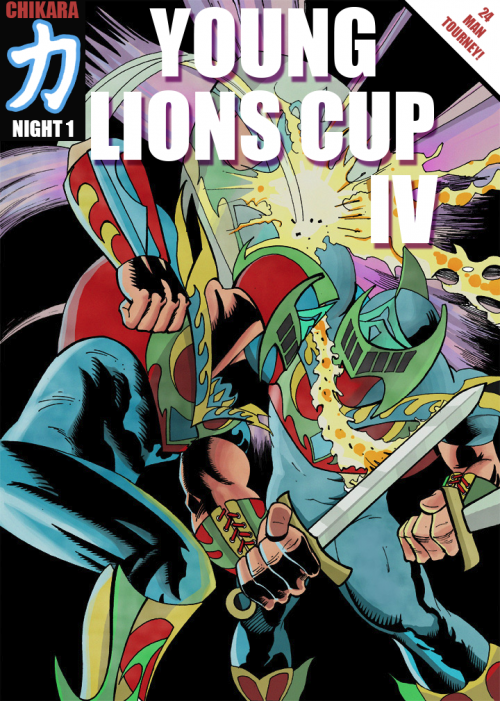 Sixteen wrestlers compete to win CHIKARA’s oldest prize, the Young Lions Cup! To make it to the finals, each wrestler must win a singles match and then defeat six other wrestlers in an elimination match! El Hijo del Ice Cream makes his CHIKARA debut, and The Colony meets F.I.S.T. for the very first time!