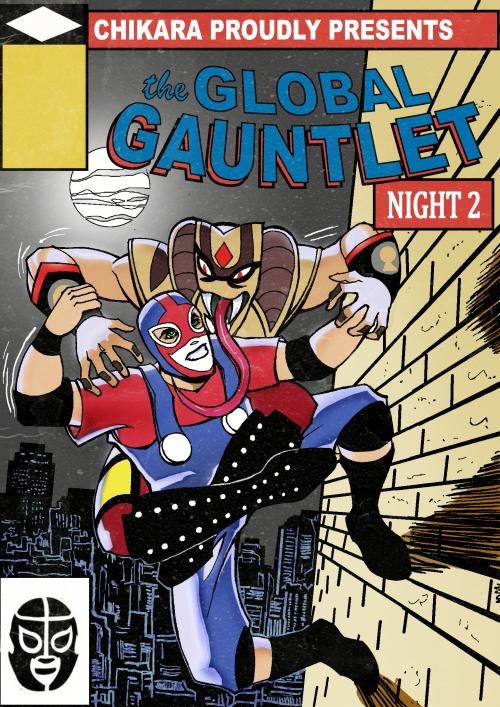 CHIKARA’s battle with Big Japan Wrestling climaxes in a seven-on-seven gauntlet match! Vin Gerard tries to recruit Jigsaw for his "UnStable." Jimmy Olsen turns the tables and transforms into Equinox. The Osirian Portal cash in their three points against the Super Smash Bros.!