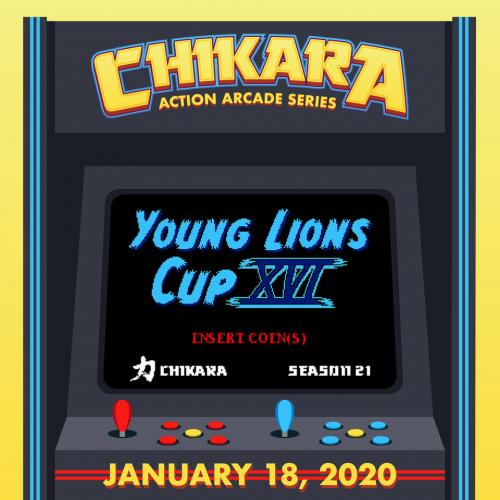 The 16th annual Young Lions Cup tournament kicks off Season 21 of CHIKARA! With a heaping helpful of promising young graduates from the Wrestle Factory, as well as rookies recruited from around the world, the Young Lions Cup has always foreshadowed future stardom in professional wrestling. This edition of the tournament sees international flavor supplied by PWA Australia in the form or Ricky South, by WhiteWolf Wrestling in the form of Noah Striker and by Fight Club: PRO in the form of Jack Ball! Plus, we see the debut of Oswald Project, and get our first look at "Russian Dynamite" Masha Slamovich, just to name a few! In addition to all the tournament action, this card features non-tournament bouts as well, including longtime CHIKARA favorites like Jigsaw and Mike Quackenbush, Los Ice Creams, and the reigning Campeonas, the duo of Willow Nightingale and Solo Darling!