It’s the punch you don’t see coming that hits you the hardest. And I tell ya, the hit I just took caught me so flatfooted, it about put my lights out.

Since last season, I’ve been working under the assumption that, for whatever reason, you had a mad-on for me, Leary. I figured that somewhere along the line you decided that you hated me so much your only course of action was to take everything away from me, and leave behind a husk of a man that I had only recently discovered I was. And you took it all – you got my clothes, my shades, my prized baby girl street rod…and I ain’t too proud to admit that you got so far under my skin that you even got me to shave my own head. Mission accomplished, you won.

But that wasn’t ever it, was it? I just recently put it together, myself – you’ve had that creepazoid The Whisper in your ear from the jump, and he’s been feeding you secrets about our…shared past.

At first, it seemed like more needling from a persistent thorn in my side. Something else to drive me further up the wall. But as you kept hinting and dropping names that caused some memories to stir, I got to picking up what you were putting down. I didn’t believe you, but I got what you were driving at.

Now, though, it’s an entirely different song. You showed me, directly to my face, the proof that confirmed what I was trying to deny. I’m a monster, an abhuman. Titor created me. Same as they created you. Same as every other Volgar in the line. The Whisper helped you to take one last thing from me.

So now, ol Juke Jo…I’ve got to do some figuring. I gotta get my mind around the idea that I’m not at all who or what I thought I was. It’s gonna take me some time to figure out what, if anything, is real. I guess it’s a long-winded way of sayin ... I’ll see ya when I see ya.

Before I split, a word to one of the only friends I've made during my stay – Missile, be careful mixing up with The Whisper. He’s a snake hidden in some real tall grass. He’s more dangerous than he looks, and he’s got some dark powers at his aid. 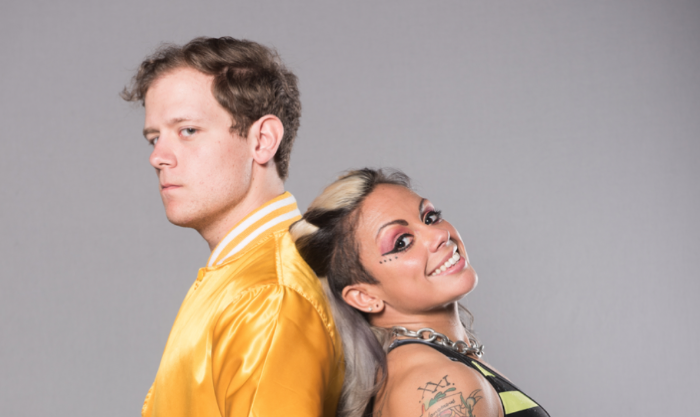 As Saturday quickly approaches, I realize how far it is that I have come. A year ago I was a referee, but in just a few short days, I'll be challenging for los Campeonatos de Parejas. I've been given the opportunity to do what I believed to be impossible, in no small part thanks to my tag team partner in The Rumblebees, Solo Darling. Not only was it her winning of the Infinite Gauntlet that gave us this Golden Opportunity, but her courage and spirit were the things that inspire me to attempt the impossible.

That crazy ball of energy is my tag partner, but I'm also proud to call her my friend. I can't help but see the coincidence that this Saturday we will be challenging Cornelius Crummels and Sonny Defarge, the first team that Solo and I fought as a team. When we were just starting out, before we were even called "The Rumblebees," we had our baptism of fire facing that exact duo, and they got the better of us back then. Solo and I have come a long way since then.

Crummels and Defarge have come a long way, too. At the end of Season 17, they captured los Campeonatos and have successfully defended them time and time again. Come Saturday though... their time is over. The Rumblebees have been buzzing, and we've got a few new things that the dirtiest players in the game won't see coming. We've been training harder than ever for this, and Solo and I, we bring out the best in each other. We make each other better wrestlers, and when we get to North Carolina, we'll prove we're better than the guys holding those two golden belts.

OLEG, OLEG, OLEG, OLEG!!! I did it! I just got off the crystal ball with Quackenbush, the DOF! I’m so excited! It’s a dream come true! It’s everything I ever wanted!!! It only took 58 texts & calls, but I got it done! I emailed, @’d, FB’d & DM’d you on every social media outlet, but… You have me blocked!! Here’s hoping someone will send this to you…

You must still be upset for losing to Missile! Assault! Man! at Aniversario. You definitely DROPPED THE ONION (literally!), but that’s water under the bridge. I FORGIVE YOU, just like I forgave you for siding with The Flood & Duke, the big man that broke my spine. We all make mistakes, even those as Mighty as Oleg! Besides, you beat MAM at Aniversario 2 years ago, so consider the score even! Everyone needs tough opponents to grow & become stronger. WHICH BRINGS ME TO MY NEWS! (Kobald is best at segues.)

So the big news is… I got a match FOOOOORRRRRRRRR YOUUUUUUU! It’s a great opportunity for you to make up for the whole Flood thing & prove to everyone what I already know: #OlegIsTheBest! It is the LEAST I could do for you for fixing me at the Eleventh Hour! On July 8th, in Gibsonville, North Carolina, Oleg the Usurper - the man with the biggest muscles, the best moves, & the burliest of beards has a match!!! Guess who your tag partner is! GUESS! DO YOU KNOW WHO IT IS?! DO YOU?!? CAN YOU FEEL IT IN YOUR BONES?!? IT’S ME! KOBALD! OLEG & KOBALD!!!!!

I am ready to do what’s necessary to get our FIRST point towards the CDP. I did a good job, right??? RIGHT?! BUT THAT’S NOT ALL!!!! I have ANOTHER SURPRISE FOR YOU COME JULY 8th!!! Just you wait! I’VE NEVER BEEN SO EXCITED! See you in 2 weeks!