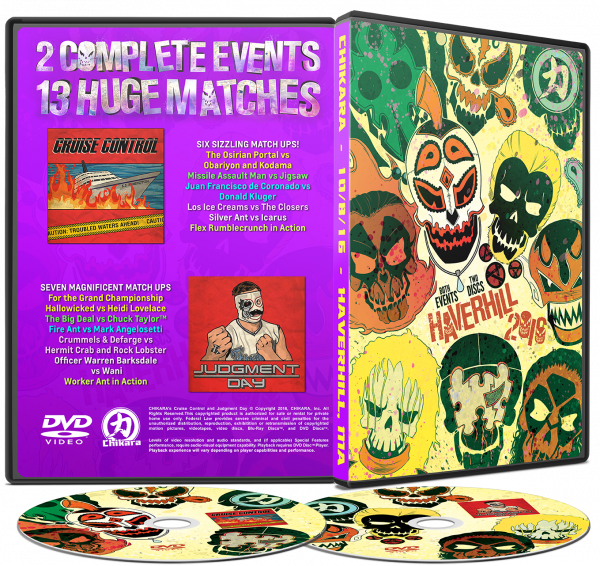 Cruise Control: Two of our most-tenured tag teams tussle in the main event of "Cruise Control"! Can the Osirian Portal overcome the swelling ranks of Nazmaldun's legion of so-called "heXed Men"? Jigsaw and Missile Assault Man have a hard-hitting slugfest, while Icarus vents his hatred toward Silver Ant in an outstanding opening contest. The Big Deal's "Closers" (Rick Roland and Sloan Caprice) don't take kindly to the shenanigans of Los Ice Creams, much to the dismay of the dairy duo!

Judgment Day Heidi Lovelace makes history as the first wrestler to ever challenge for the Grand Championship twice in the same season! Will lady luck be on her side when she faces off against Hallowicked in the main event? Plus, The Big Deal shows his mean streak, and his hired hands, The Closers, make their presence felt. Mark Angelosetti looks to continue his streak of wins (and show-stealing performances) as he takes on a fellow former Young Lions Cup champ, Fire Ant!