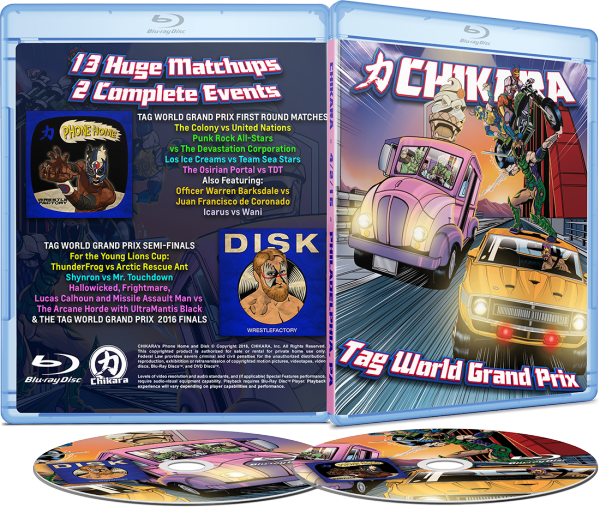 Eight teams converge on the Wrestle Factory for Tag World Grand Prix 2016 - and you can own the entire event with this two disc set. From the opening rounds to the Tournament Finals every bit of the action is included along with non-tournament action including Young Lions Cup action as ThunderFrog puts his Young Lions Cup on the line against Arctic Rescue Ant. Icarus looks to set the record straight after a contested loss to Wani in North Carolina, a wild atomicos match, and even a fan-demanded encore performance are featured in this jam-packed set of discs featuring 13 huge matchups and two complete events!

Own both events on two 1080p Blu-Ray Discs for one low price!